Check out my interview on Bazaar Online Magazine (hard copies will be available tomorrow) – LINK! 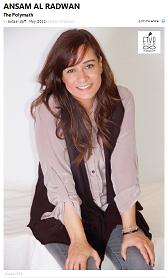 To read the Truth or Dare Questions – Click Here!

Coffee With Yasmine at Bazaar

I had a very fun interview with Yasmine from Bazaar Magazine earlier yesterday! We talked about many things… food, life, travel, cooking, work, and again food! It was so much fun 😉

Oh and the coffee she served me was super! A mixture of Turkish, French, and “je ne sais quoi”! LOVED it! I wanna pass by again Yasmine for another cup soon 😉

“When I first joined, I was overwhelmed by the screaming in the kitchen, large
men, deep voices, screaming their lungs out. “FIRE!!!” I would hear
every 2 minutes, and I would think, “Where?? Where?? Why isnt anyone
freaking out??”. Then I started to understand the concept” – Maryam AlNusif 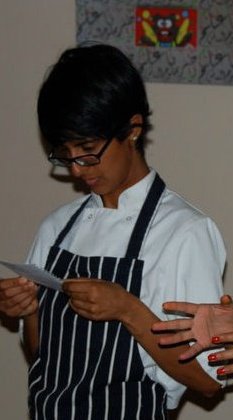 Who is Maryam AlNusif? She is a talented chef who is living her dream and selling her life to her passion… cooking that is, and where? At Nobu – her favorite restaurant…. not to mention that she also worked in both Ottolenghi and The Providores! So not only am I a fan of her and her work, but I strongly believe that she is an inspiration!

I came to know about Maryam from my friend Nour! We, Maryam and I, were supposed to meet in Kuwait while she was in town, but I was swamped with work, and Maryam was in town for a short period of time… so lucky for me, I got to meet her in END_OF_DOCUMENT_TOKEN_TO_BE_REPLACED 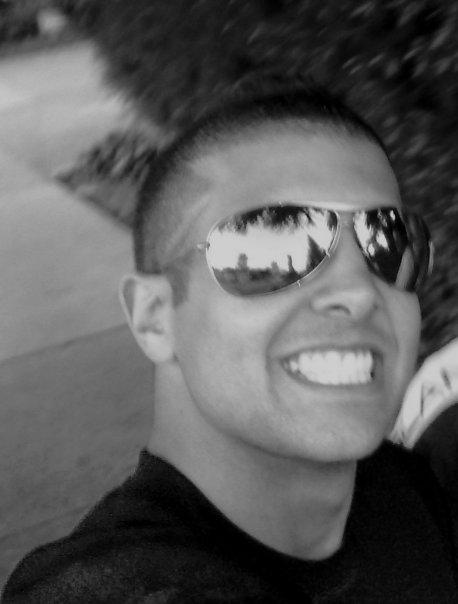 I am sure the majority of you have seen the videos of “Shitsawii” already – Plus, I have posted about him a couple of weeks back (link). The guy is funny in his own way… he’s charismatic and grabbed the attention of many in such a short time. He can easily make me laugh without trying too hard! I immediately subscribed to his YouTube channel after watching a couple of videos… I wanted to know more, and wanted to share it with you on my blog… so here goes my END_OF_DOCUMENT_TOKEN_TO_BE_REPLACED

Over lunch, and when everyone was talking about their day at work/school… I could not help but overhear my cousin Dana talking about her professor using “Twitter” as a tool in teaching/communication at Kuwait University, so I sat next to her and asked her to tell me all about it. She said that he, Dr. Mohammad AlMarzouq -Kuwait University- asked each and every student to create a Twitter account and use it as a form of communication with him! She spoke of him very highly and his ways/techniques used in teaching… I really wanted to interview him right away since I thought this was really cool and very innovative + He is one of the people I thought that he was worth knowing! So I wanted people to know more about him!

I got the directions from Dana…. and on my way, I received a DM Tweet on my Twitter from Dr. AlMarzouq with his office number just in case I get lost in the building! I loved how the e-communication all started!

I see his name on the door, I knock, get in, and then meet Dr. AlMarzouq! All smiles… and being the gentleman he is, I was offered refreshment and sweets.. and off we start. It was a casual interview, so I was so at ease. We talked in general about social media, blogging, twitter, facebook… you name it. Then it was time for the END_OF_DOCUMENT_TOKEN_TO_BE_REPLACED 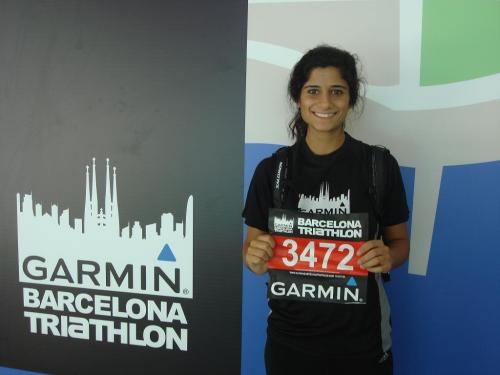 Rabaa is one of those people who gives pride to Kuwaiti youth! I have asked her to write me a brief post about herself! Shes awesome! I admire her! She have always been athletic and always liked sports! Particularly cycling, in which she have been doing on and off for the past five years, and thats how she met her coach now Mr. Ahmad AlMajed the owner of Extreme Sports where she bought her first bike! 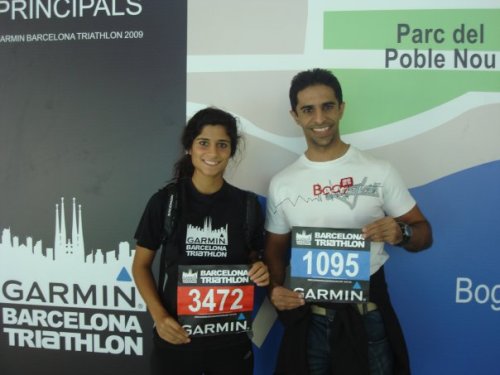 In her own words she says: “Turns out he’s a 2 times iron man .. and iron man is one of the toughest races on planet earth .. so I was inspired by him and after being motivated by Mr. Khaled AlSayer, who also was pulled into this athletic life by Ahmad AlMajed, I decided to join my first triathlon”

So she did it… She registered! At that point, Rabaa  had never competed in a professional race, let alone an internationally recognized one.. but being the awesome person that she is, she pushed herself everyday! She followed the training program given to her by her coach and inspiration Mr. AlMajed!

“I followed it like a religion. I had three full months of training.. sometimes I missed training because of work or oversleeping so I’d punish myself by doing more than one discipline a day. At times it was hard.. I drove myself to tears once or twice.. I wanted to quit more than once.. before training I couldn’t even run 2km.. now I can run 12 to 15 km easy”…. She explained

But she stuck with the program, because Ahmad kept telling her that when she crosses that finish line .. she’ll know why she did this in the first place. And sure enough when she crossed that finish line, she experienced it, saying “Its the most amazing feeling. I don’t think its describable by words.. so now I’m hooked, I’m gonna be chasing finish lines for the rest of my life”

Triathlon is a sport which combines swimming, cycling and running. It is practiced in a natural environment. Triathletes have to deal with the three disciplines in the same order and without having a rest between them.

The Garmin Barcelona Triathlon is considered one of the most popular triathlons in Spain, with more than 3700 triathletes this year.

She was part of the Kuwait Extreme Team lead by Ahmad AlMajed, who is a well known triathlete having his shares of victories.

Rabaa was the only Kuwaiti female in the team, although she have come to learn that she was not the first Kuwaiti female triathlete, there were two before her! She had the pleasure to meet one of them, Mrs. Ghada, who happens to be a mother of three and still train and participates in triathlons today, but never cared much for publicity

WTG Rabaa and all the best! YOU ROCK! Thanks for sharing this with me and my readers 😉