Many shampoos and hair treatments are available in Fivesenses.

Different kinds of facials from cleansing to treatments. Oxygen, whitening, or firming! Face-lift and peel… and guess what? They are running a 1-Week Promotion From END_OF_DOCUMENT_TOKEN_TO_BE_REPLACED

He is basically a young teenager from Kuwait who rants about random daily stuff in a creative funny way! He joined YouTube on May 18th -ahem- which adds to why I like his videos 😉

I love both and I END_OF_DOCUMENT_TOKEN_TO_BE_REPLACED

Who Want To Be “Half” a Millionaire?

I saw this video on Blushberry about “Who Wants to Be a Millionaire” of what it seems to be the Moroccan version! I was wondering if it replaces George Kurdahi‘s but I dont think so because this one is on a channel called Nessma, whereas Kurdahi’s is on MBC, so I think its just a separate show with the same name…

We can literally describe it as:

About a month ago, a new newspaper called AlRased was placed on each and every desk at work. I remember I was photo reading it when I came across this picture (circled in RED)…. 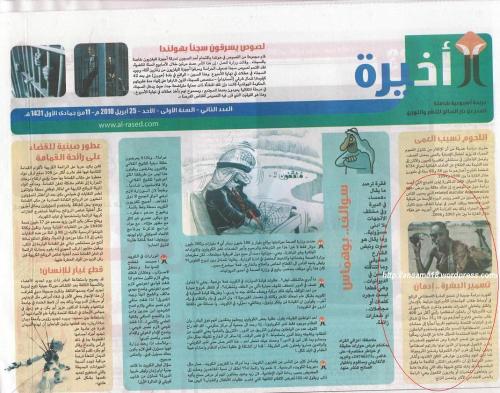 The article talks about sunbathing/tanning… and it shows a picture of starving African lady holding a sunglasses under the sun in the middle of a dessert!

Seriously? Why not do the research before publishing!!! Below is the original picture – It reads Sunglasses EUR 24 – Access to Water EUR 8 and then the number to text to send donations! YES! Its an aid campaign!!!

Which is from “People In Need” Campaign (http://www.cordaidmenseninnood.nl/)!! 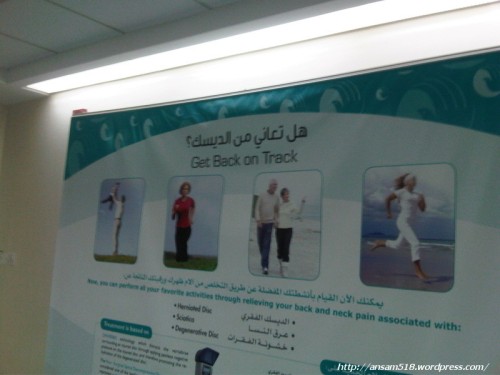 Get Back on Track

Now I know translation in ads is mostly conceptual rather than “literal” but those are two different from each other… The Arabic one should have been more broad and not just about “Disc”… I would have typed:

Our friend Zoona passed by last Friday with a box of mini cheesecakes and two jars of cookies. Now I know those boxes!! They’re Mini Delight’s 😉

And of course when you open it…. it screams Zoona (she’s a chocolate lover and most cheesecakes were Aero flavored)

I, being a rahash lover, picked up the rahash mini cheesecake 😉

“Now about those jars of mini END_OF_DOCUMENT_TOKEN_TO_BE_REPLACED

I woke up Thursday and I wasn’t feeling well (yes, I know… AGAIN) so we went to the clinic early in the morning and waited… It was bad and crowded that my turn did not seem to be soon. So we decided to go to the ER of Al Salam Hospital, in which I walked-in to the ER doctors and explained my case and they advised me to go to the ENT Clinic explaining that I was better off with a specialist than a general doctor… great, I was there early and got #1 ticket and waited

So what do I do while waiting? I rearrange leaflets to kill time…

I finished just in time when my name was called in to see the doctor… I was then asked to go take X-rays and boy that took so long, so looooong that I got the time to rearranged the newspapers and magazines at the X-ray clinic, where I separated the Arabic from English and then sorted them alphabetically! I didnt take a picture because people were staring at me already!!! I KNOW! I have a problem! LOL

Posted in A Day With Me, Health, Personal, Problem, Random

I was contacted by MUNCH to try three salads and three burgers from their new menu items 😉 Knowing me, I am always up for such challenges… 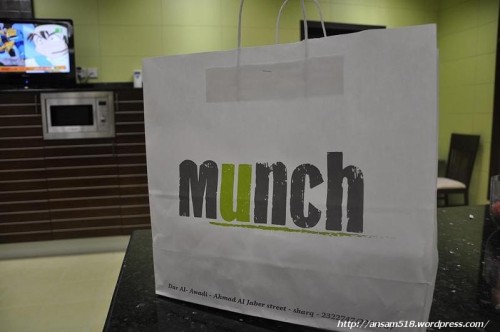 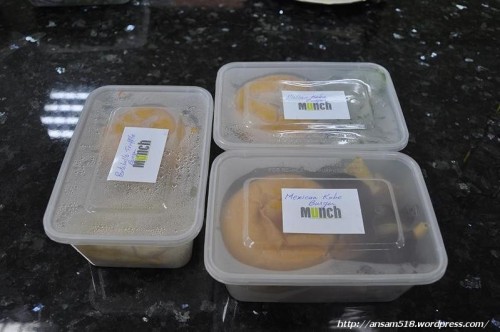