As usual, we took a walk around the city. It was SO COLD!!! Colder than Paris, I think it was around 10 BELOW zero that day!

Oh and I just had to take a picture of Thomson and Thompson (AKA Dupond et Dupont)! Hahahaha! You know those guys?? They named a street after them! COOL! (I think they were called Tic wa Tac in Arabic? Right???)

Anyways… we arrived at Grand Place and took some pictures here and there! Some nice building! I love Europe! The architecture is amazing! Thats Brussels Town Hall 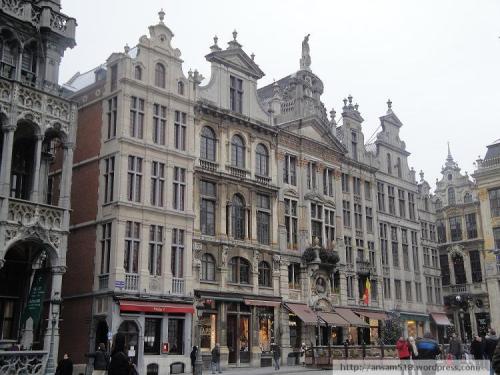 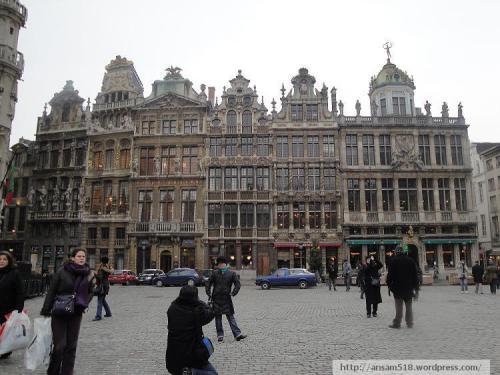 And the walk continues… I saw this chocolate store with the famous Manneken Pis in different colors! LOL

As we were walking by, we stopped by some few shops! 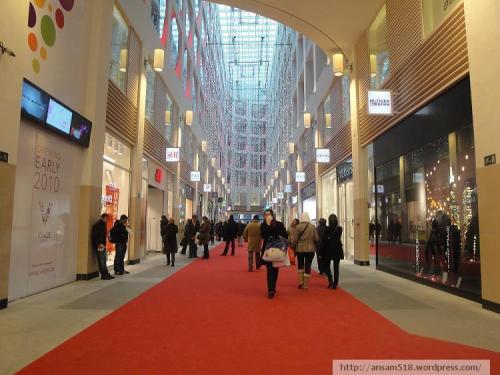 It was around lunch time, so we decided to look for a restaurant! I knew what I wanted to have! Moules Frites (mussels and french fries) 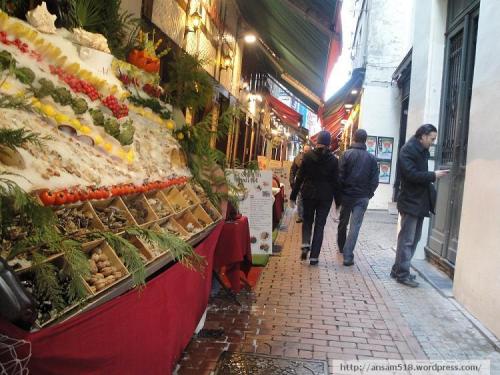 We ended up at a place called Le Grand Bi that I will be reviewing in another post.

Afterwards, we headed to Royal Galleries of Saint-Hubert. The place was still full of life 🙂 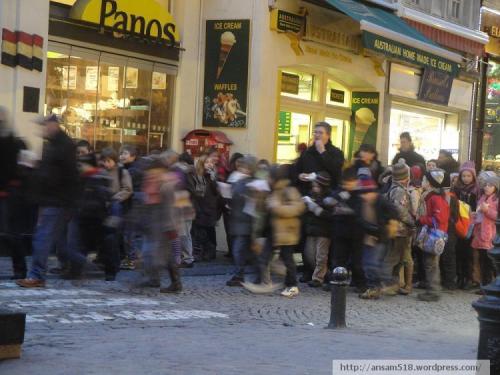 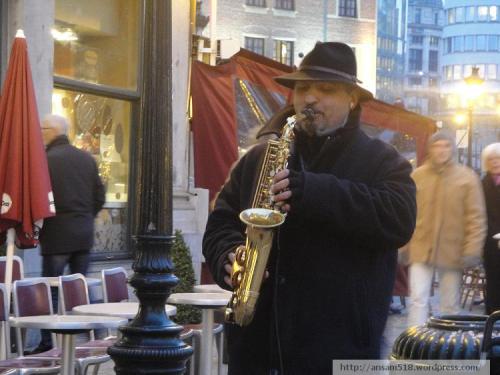 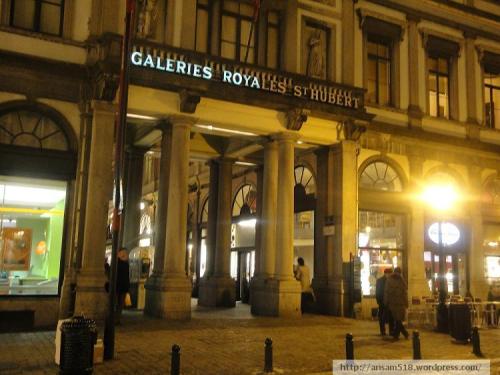 And I just had to go see the Manneken Pis again!

After so many pictures (SO MANY) and lots of chocolate tasting all day, we headed back to the Grand Place for tea/coffee before we took the train back…. The Christmas tree looked fabulous all lit in blue 🙂 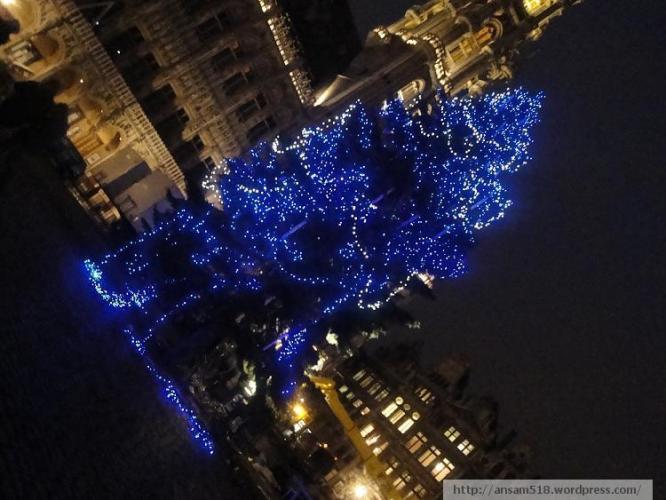 We decided to go to La Chaloupe d’Or. 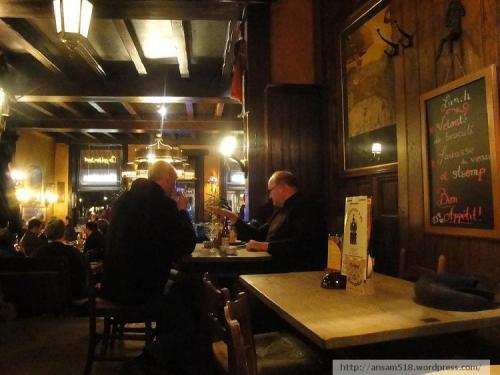 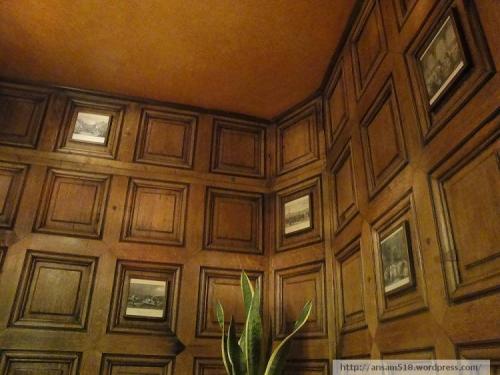 I ordered verbena tea and a waffle 🙂

And we headed back to the train Station, Bruxelles-Midi! Buhbye chocolate, smurfs, waffles, mussels….etc! 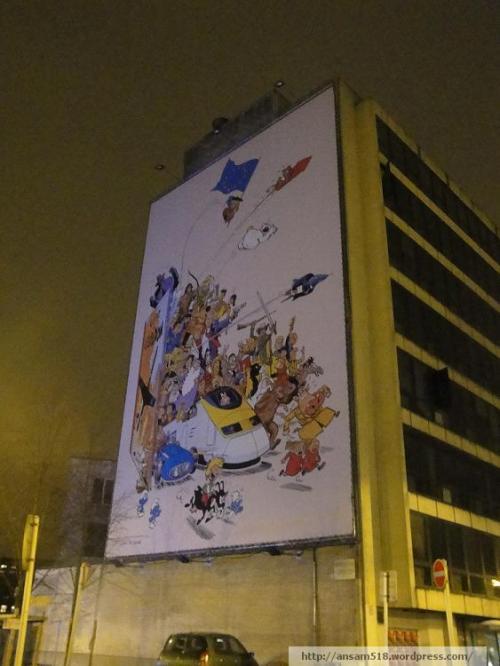 Our train was delayed due to weather conditions :-S

This entry was posted in A Day With Me, Architecture, Drinks, Food, Pictures, Shopping, Travel. Bookmark the permalink.